WHY WE CHOOSE THIS TOPIC ?

The aim of this blog is to remove whatever doubts that may have entered some people’s minds regarding denial of any violence against Hazrat Fatima Zahra (s.a.) at her home, or against Hazrat Ali (a.s.) at the house of Janabe Fatima Zahra(s.a.).
Authentic references have been provided in the fond hope of a definitive conclusion and the eradication of all doubts Inshallah. 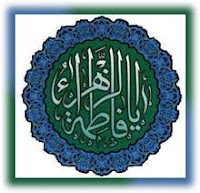 Objection 2: Burial of Hazrat  (sa) in the night was due to another cause and not because of enemity to the rulers

Explanation
Among the doubts and objections, which they have raised against the topic of martyrdom of Lady Fatima Zahra (s) is that her nocturnal burial is not due to the cause which Shia believe; that it was not due to her enmity to the rulers; on the contrary, it was because she had made a bequest to Asma binte Umais (wife of Abu Bakr) that after her death no stranger (Namehram) should be able to see the shape of her body.
Such objections are mentioned in different words and we present one of them, which is present on Wahabi websites as follows:
Shia always misuse the topic of concealment of the location of the grave of the daughter of the Prophet (s) to instigate emotions and as a tool of propagating their ideas, but they are not aware that if this matter was a crime, the Shia themselves are culpable for it first of all.
We say to Shia: The grave of Lady Fatima (r) was known to Ali, Hasan and Husain (r) and its location was certainly known to their descendants: Sajjad, Baqir, Sadiq and their other descendants. Now, the most important question is whether these Shia Imams went to the grave of and performed the Ziyarat or not? If they did not do so, why do you want to perform this act and do that which they did not like and which is against Islamic law? And if they did visit it; it can be either of the two: either they did so secretly or openly. If they did so secretly, they had themselves concealed the location of the grave of their mother from the people, and it is not a sin. And if it is a sin, it is their sin and not the crime of Abu Bakr and Umar, but if they visited it openly, the 4000 students of Imam Sadiq (a) should also have been aware of it. Then why do you accuse us of this?[1]

Rational reply :
Nocturnal burial, funeral prayers without informing the ruler of the time, with a concealed grave, is a secret having unutterable mysteries. It is correct that this lady wanted this and she made bequest in this way, but what a coincidence that Lady Zahra (s) completed her historical bequest with these requests?!

But is not the most important message of this bequest declaration of her anger and displeasure with those who harassed her?

Lady Fatima (s), in fact through these steps, has posed some questions before the sharp sight of history and the coming generations so that these questions are raised all the time that why the grave of is unknown?
Why the daughter of the Prophet was buried during the night and secretly?
Why Ali (a) recited her funeral prayers without informing Abu Bakr and Umar?
Can one who is the successor of the Prophet (as they have themselves claimed) is not eligible to recite her funeral prayer? And why and why…
Yes, made a will that she must be buried at night and none of those who have harassed should be informed and this is the best evidence of her victimization, so that it may be proved that she was oppressed and she departed from the world as a martyr and she was never reconciled to those had oppressed her.
Numerous traditional reports have been recorded in Shia and Sunni books, which prove this claim; and some of them are mentioned as follows in brief:

A. Cause of nocturnal burial in the reports of Ahle Sunnat
That which is important in this and is a direct reply to the captioned question is that why Lady Zahra (s) made a will that she should be laid to rest during the night?
Before hinting at some of the reports in this regard, it is necessary to mention the reports about the actual topic of nocturnal burial in Sahih Bukhari. Muhammad bin Ismail Bukhari writes:
Fatima Zahra (s) lived for six months after the passing away of the Messenger of Allah (s). When she passed away, her husband buried her at night and did not inform Abu Bakr.[2]
And as for the cause of her nocturnal burial; it is hinted at in numerous reports of Ahle Sunnat books.

In his book, Ibne Qutaibah Dainawari has clearly discussed the cause of nocturnal burial of and he says:
demanded from Abu Bakr the inheritance of her father, but Abu Bakr did not agree. Therefore swore that she would never speak to Abu Bakr again and she made a will that she should be buried at night, so that Abu Bakr may not attend her funeral.[3]

Abdur Razzaq Sanani has also clearly discussed the cause of nocturnal burial in his book:
Fatima, daughter of the Prophet, was buried at night, so that Abu Bakr may not pray her funeral prayers, because there was enmity between them.[4]

Also, Ibne Battal has written in his Sharh Sahih Bukhari:
Most scholars have permitted burial at night time. Ali Ibne Abi Talib buried his wife, Fatima at night, so that Abu Bakr may not pray her funeral prayer, since there was animosity between them.[5]

Ibne Abil Hadid, quoting from Jahiz (d. 255), has written:
Complain and displeasure of (s) (at the hands of Abu Bakr and Umar) went to such limits that she made a will that Abu Bakr should not pray her funeral prayer.[6]

On another occasion, he writes:
Concealing the demise and location of the burial of Fatima (s) and not reciting her funeral prayers by Abu Bakr and Umar and everyone whom Sayyid Murtaza has mentioned, is supported and accepted by me, because the reports regarding this are most authentic and numerous and in the same way, displeasure and anger of Fatima on Abu Bakr and Umar are more reliable in my view than other opinions.[7]

B. Cause of nocturnal burial in Shia reports
Since the cause of the bequest of Lady Fatima Zahra (s) is clear in view of Shia and there is consensus among Shia scholars regarding it, we would be content only to quote one authentic report about it.
The Late Shaykh Saduq has written in the reason of her nocturnal burial as follows:
Ali bin Abi Hamza asked Imam Sadiq (a): Why Fatima (s) was buried at night and not during daytime? Imam (a) replied: (s) had made a bequest that she must be buried during the night, so that Abu Bakr and Umar may not pray on her bier.[8]