WHY WE CHOOSE THIS TOPIC ?

The aim of this blog is to remove whatever doubts that may have entered some people’s minds regarding denial of any violence against Hazrat Fatima Zahra (s.a.) at her home, or against Hazrat Ali (a.s.) at the house of Janabe Fatima Zahra(s.a.).
Authentic references have been provided in the fond hope of a definitive conclusion and the eradication of all doubts Inshallah.

Objection 3: Arab modesty does not permit oppression on 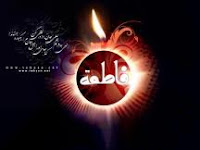 With reference to the fact that basically Arab civilization more than any other community and nation, is more prominent as being chivalrous to women and is especially sensitive to their condition, how can it be accepted that Umar bin Khattab beat up a woman, and that also Lady Fatima Zahra (s), the beloved daughter of the Prophet and people having Arab chivalry did not display any reaction?!

Ibne Kathir Damishqi Wahabi has written in the interpretation of the above verse:
Sometimes the people of pre-Islamic age, due to fear of poverty and livelihood killed their children…’Maudah’ is a female infant who is buried alive and it was the practice of pre-Islamic Arabs that in comparison to a son, a daughter was considered unlucky.[1]

B. Beating up and plundering the garments of ladies in Kerbala
Those who think that it was their manliness and chivalry, which prevented them from beating daughters and women, should see how during the bloody events of 61 A.H. in the incident of martyrdom of Imam Husain (a) at Kerbala, the daughters of the Messenger of Allah (s) were beaten up in the most merciless manner. Where was their chivalry gone?
Shaykh Saduq (r) writes, quoting from Fatima, daughter of Imam Husain (a):
Fatima, daughter of Imam Husain (a) says: Plunderers surrounded our tents and I was a very young girl at that time and was wearing a gold anklet. A man snatched it away and began to cry. I said: O enemy of Allah, why do you cry? He replied: Why should I not cry when I am looting the daughter of the Messenger of Allah (s)? I said: Why don’t you leave me alone? He replied: I fear that someone else would plunder your gold. She says: He looted everything present in our tents and even took away the chador (scarf) from our heads.[2]

C. Torture and killing of Sumayyah
If Arab chivalry had really been an obstacle in beating up of women, why Sumayyah, the mother was Ammar Yasir was not only beaten up, on the contrary, she was tortured so much that she achieved martyrdom? Ibne Hajar Asqalani has written in Al-Isabah:
Sumayyah binte Khabbat…mother of Ammar Yasir was the seventh person to embrace Islam. Abu Jahl harassed her and stabbed her in the lower abdomen with a spear till she was martyred. She was the first female martyr in Islam and since she had embraced Islam and did not give it up, the family of Bani Mughira tortured and harassed her till she was martyred.[3]

D. Enmity to ladies
On researching the life history of Umar bin Khattab, we discover that he did not, in any period of his life, put up good behavior to ladies, whether before embracing Islam or after it; and whether during his rule. Please note the following examples:

1. Beating up the sister
Some senior Ahle Sunnat scholars, including Shamsuddin Dhahabi in Tarikhul Islam and also Muhammad bin Saad in Tabaqatul Kubra and others have narrated that:
After Umar bin Khattab came to know that his sister and her husband have accepted Islam, he came to her house and beat up the husband. His sister intervened to save her husband. Umar fisted her in the face in such a way that it bled and got smeared in blood.[4]

2. Beating up Muslim women
Senior Ahle Sunnat scholars have mentioned the brutality and harassment of Umar on slave maids who had converted to Islam:
Abu Bakr had purchased a slave girl from Banu Muammal from the family of Adi bin Kaab, who had converted to Islam and whom Umar had beaten up so that she may recant her Islam and stop being a Muslim (since Umar was yet a polytheist). He beat her up till he was exhausted. He said: If you wonder why I stopped beating you, it is because I am exhausted, so please forgive me for that. The slave girl said: Know that the Almighty Allah would deal with you in the same manner.[5]